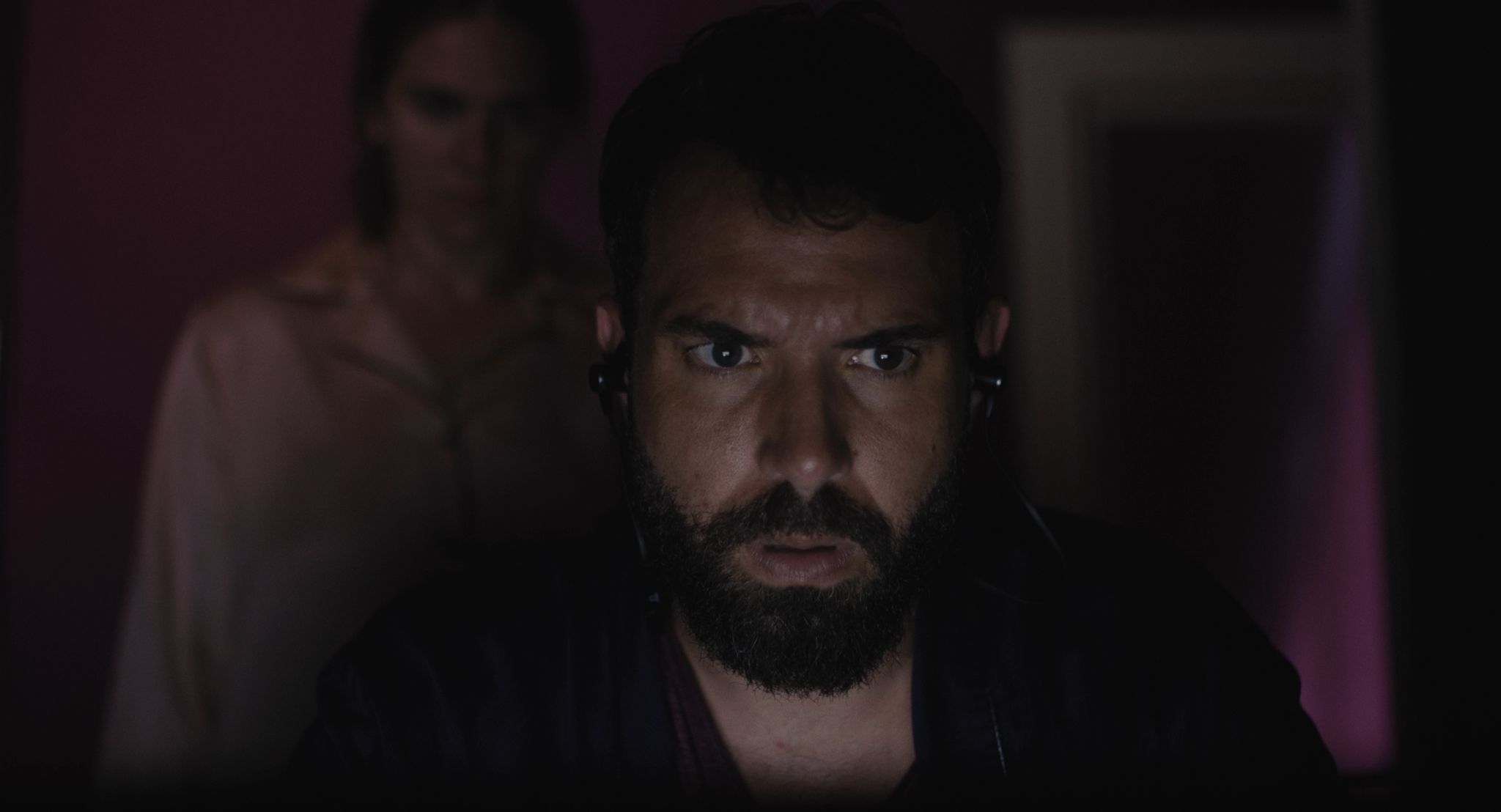 Catherine’s seemingly perfect rural life is turned upside down after she discovers her husband is hiding a dark secret that leads her to the unthinkable. Murder.

Based on the play by Derek Ahonen, this biting dark comedy thriller from Stephanie Zari follows the mysterious trepidations of Catherine (Sarah Roy), an interestingly fierce woman who kills her husband and attempts to cover it up with the help of Anita (Jade Anouka). Utilising quirky humour mixed with an eerie music score and striking visuals, Zebra Girl is a refreshingly stylish film that doesn’t confine itself in single genres, instead adapting with the main character. Catherine seemingly suffers from schizophrenia, thus the screenplay bends to her will, creating a blend of scrambled emotions for the viewer which in some cases could cause disconnection, but here it aids it.

Zebra Girl features very dark themes and though quite playful to begin with, as the film progresses into the third act, these themes come in heavy and hard-hitting. There are revelations for both Catherine and Dan, their twisted stories overlapping and unweaving in a carefully organised fashion. The structure of the story is fantastic; leaving just the right amount of time for guessing, before delving into the climax that should be satisfying enough for all. Perfectly contained within a fast-paced 80 minute runtime, Zebra Girl unfolds the layers in a cutting from past to present, disjointed but pieced together in a way that benefits the story and its surprises in good time.

Caspar Leopard’s moody score is introduced with horror elements (plucked strings layered with percussive hits), then adjusts to the more suspenseful atmosphere displayed on-screen. Score and overlying voices from Catherine come together during the final act to create a feeling of discomfort, but it’s very well handled. The performance from Sarah Roy is the centrepiece; her wittiness and dedication to the character is phenomenal. She offers many sides to Catherine, playing to each strength and weakness skilfully. Accompanied by the respectfully restrained Jade Anouka, the duo share the screen with a great dynamic that triumphs in the film’s final scenes.

Zebra Girl is a dark film; the cinematography by Catherine Derry focuses in on blue tones, but during key moments inside the house, makes pink and purple colours pop. There’s a solid balance of cold and warm and that’s the same for the script, the characters and their actions throughout the film. Interest is piqued from beginning to end, and the way all of these technical elements come together really makes Zebra Girl an exciting and unique experience quite unlike any other. Zari’s debut feature is a thrill.

Read the full review at ukfilmreview.co.uk