SHALL I TELL YOU WHAT'S WRONG WITH ME? 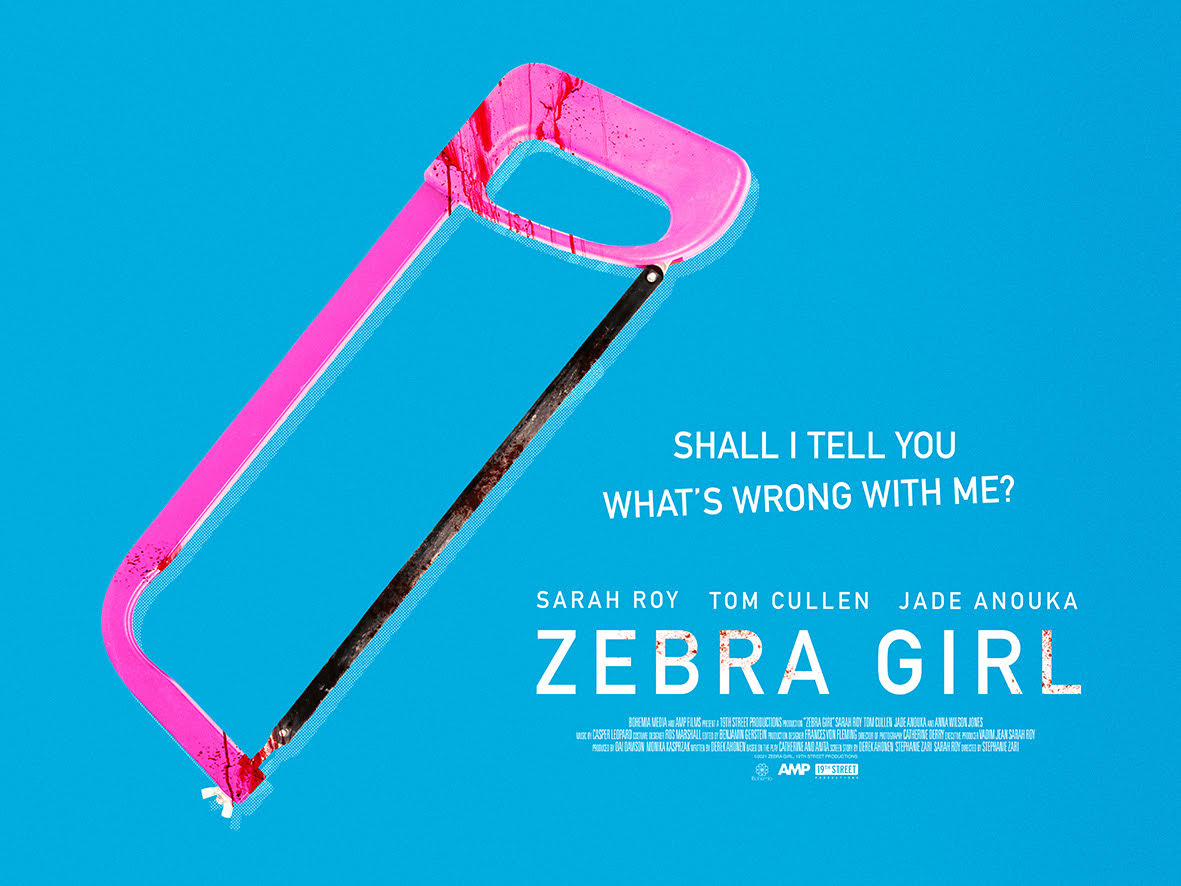 A psychological thriller with a bold streak of pitch-black humour that explores the vicious cycle of abuse and mental illness.

Sarah Roy
Also starred in the one-woman play “Catherine and Anita” upon which Zebra Girl is based, performed by Sarah at the Edinburgh Festival Fringe in 2017

Catherine’s seemingly perfect rural life is turned upside down after she discovers her husband is hiding a dark secret that leads her to the unthinkable. Murder. Cue Anita, Catherine’s mysterious best friend who shows up to help dispose of the body. As Catherine and Anita reminisce whilst chopping up and bagging up, their intimately intertwined and tortured past rears its ugly head. Reality blurs as Catherine’s tragic past is slowly revealed along with a secret she’s hiding to fight for the future.

Zebra Girl stars Tom Cullen (‘Knightfall’, ‘Downton Abbey’) and Jade Anouka (‘Cleaning Up’, ‘His Dark Materials’) alongside Sarah Roy (‘Catherine and Anita’, ‘Glue’). The film is written by New York writer Derek Ahonen (‘The Transcendents’, ‘Pied Pipers of the Lower East Side’), based on his play “Catherine and Anita” which was performed by Roy at the Edinburgh Festival Fringe to rave reviews.